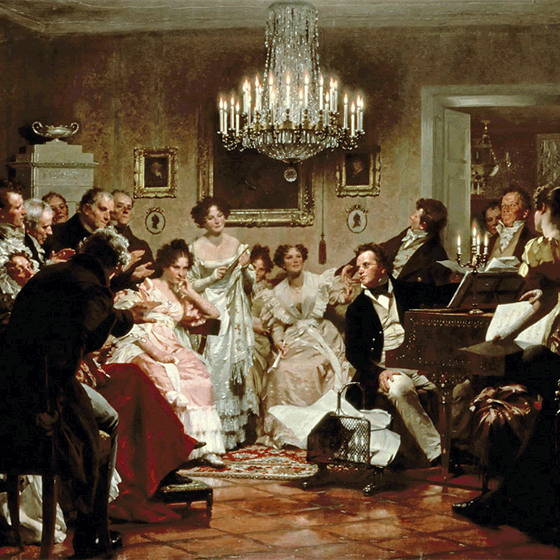 In early 19th-century in Vienna, the popularity of Schubert´s songs and dance music became so great that concert parties were entirely devoted to them. These parties, called Schubertiaden, were given in the homes of wealthier friends or aficionados of Schubert´s music. in addition to Schubert´s music, they often also featured poetry readings, dancing, and other sociable pastimes. The goal of Cotik´s Schubertiaden project is to recreate the spirit and essence of those homonymous historic events; creating informal gatherings in intimate spaces and private homes, sponsored by hosts, who directly invite their guests and friends. in addition to Schubert´s chamber music, these concerts can also include music by other composers performed with diverse ensembles and flexible instrumentation.

Between 1815-1824, acclaimed house concerts took place in the large family apartment of Sonnleithner in Gundelhof, Vienna. Ignaz Sonnleithner had gathered a group of culturally interested citizens and soon came into contact with Schubert. These house concerts from Sonnleithner offered Schubert a great way to make his works known in Vienna.

The first documented event, which can be described in a narrower sense as a Schubertiade, took place on January 26, 1821 in the home of the Schober’s family. From 1822 on, Schubert used the term himself.

In the first Schubertiaden, Franz Schubert played piano and the baritone Johann Michael Vogl (or later Carl von Schönstein) sang his songs. Readings and witty fun and games, which were often themed, were also typically present among the evenings. These gatherings were a mixture of amicable meetings and literary and musical salons.

The last major Schubertiade during the composer’s lifetime took place on January 28, 1828 at Joseph von Spaun’s residence in the so-called Wiener Klepperställen (between Teinfaltstraße and Schreyvogelgasse). Shortly before this, in the fall of 1827, Franz Schober had hosted Schubert’s presentation and announcement with the words: “a circle of scary songs” – referring to the great song cycle, Winterreise. As evidenced by the previous and similar incidents, the Schubertiaden are also musicologically relevant.

​Today, our Schubertiaden project maintains the essence of a culturally relevant and high quality musical event shared in an intimate atmosphere with family and friends that is made possible by a generous host.

Our Centaur album of Schubert’s Duo in A major, Rondo in B minor, and Fantasia in C major, was selected as “Recording of the Year” by Albert Lam from the British publication MusicWeb International, was broadcast all over the United States by American Public Media, and received enthusiastic reviews.

MusicWeb International: “I’ve had a listen to a few alternatives…including Isaac Stern and Daniel Barenboim on Sony Classics and Lydia Mordkovitch and Gerhard Oppitz on Chandos, but this duo on Centaur pretty much ticks all the boxes.”

Palm Beach Arts Paper: “Tomas Cotik and Tao Lin have…honored not only their professions as musicians, but the memory and work of Franz Schubert.”

Musical Toronto: “…wonderful album…impressive for the elegance and sensitivity of the interpretations…true treasure…one of the latest gems to emerge from the season…”

Brian Newbould: (Professor Emeritus of Music and Schubert expert): “an enlightened, historically-informed approach to the music… you have gone further than others in this direction…. You both hold balance… between the undeniable virtuoso character of much of the music and the ‘inner’ spiritual quality… most effectively and the performances place the music credibly as a product of its time and its composer.  In other words, I find the combination of brain and heart compelling. You capture the spirit of the music… I very much doubt that Paganini could have come near to playing this music with your understanding.”

The purpose of this doctoral essay is to enhance the study and performance of Franz Schubert’s three major compositions for violin and piano: Duo in A major, op. posth. 162, D. 574, Rondo in B minor, op. 70, D. 895, and Fantasia in C major, op. posth. 159, D. 934. This study offers a description of the historical context and the circumstances of the composition of these pieces, presents an analysis of the form and harmonic language, and discusses recent research on aspects of Schubertian performance style that help the performer make educated interpretative decisions. This research was done prior to making a CD recording; that recording reflects the interpretative and musical understanding that has evolved from the research done for this essay. The recording has been the subject of several reviews, which are included as appendices. 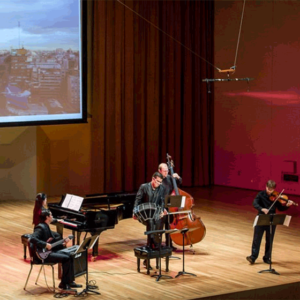 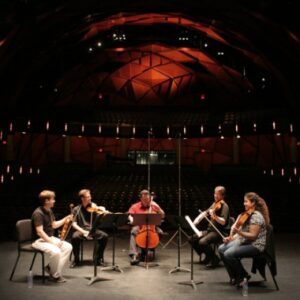 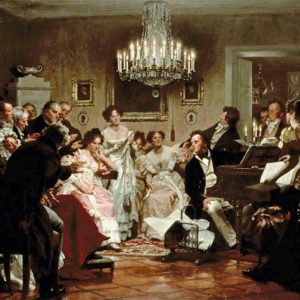 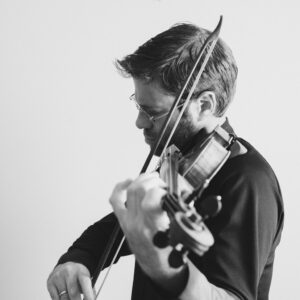