I was born and grew up in Buenos Aires. My early interest, as well as the main focus of my career, has been on classical music, the Viennese classics, in particular. People around the world associate the Tango with Argentina, but when I was growing up, the traditional Tango was not exactly fashionable or “cool” for people my age, and perhaps classical music wasn’t either. I would mostly hear Tango in the background. It was present on TV and on the radio. I remember listening to it, played by busking bandoneon players on the subway stations of the “D” line, or on an AM radio program coming from a pocket radio from the person who was in charge of pressing the numbers of an old-fashioned elevator in a sports club. I also heard it sometimes on one programme or another that many people skipped while flipping through channels on their black and white TVs.

When I left Argentina as an eighteen-year-old, I remember taking with me one cassette of Carlos Gardel. This music, like the mate and the dulce the leche, seems more Argentinean once you are living abroad. I started becoming more interested in Piazzollaʼs music with the passing of the years, when I was living abroad in Germany. My main focus remained classical music, but a few years later I wrote a thesis about Piazzollaʼs music at the University of Freiburg. I had already played some of his music, acquired many of his albums, and wanted to read as much as possible about him and his music. Later, when I was living in Toronto, I unsuccessfully tried to learn how to dance Tango from a Pakistani teacher for about six months. Next came Miami, then Texas and Miami again, where I live nowadays. As a member of the New World Symphony, a string quartet, and as a faculty member in the middle of Texas and then at the University of Miami, I kept dabbling in the Nuevo Tango, including playing Piazzolla pieces in recitals and quartet concerts, fostering collaboration with dancers, and organizing big Piazzolla concerts…

The word “tango” is supposedly African in origin and was used as a synonym for the parties of African slaves in South America and Cuba. The characteristic rhythm of the Tango can be found in Africa-rooted songs and dances throughout South America. Tango emerged in the last part of the nineteenth century on the shores of the Río de la Plata. It was the music of Buenos Aires and Montevideo, the capitals of Argentina and Uruguay, places shaped by a vast European immigration. Tango was the result of a mixture of cultures and nationalities. The most direct influences were the Habanera, Tango Andaluz, the Milonga, and the Candombe. Perhaps not surprisingly, Piazzollaʼs own story, the sum of an improbable mix of places, people, experiences, and sounds, mirrors that of Tango.

Astor Piazzolla (11th March, 1921 – 4th July, 1992) was not born in Buenos Aires but in Mar del Plata, a resort town on the coast of Argentina. His family moved to New York when he was four years old, settling in Greenwich Village, not the fanciest neighborhood of Manhattan at that time. Young Astor grew up surrounded by other immigrants including Jewish, Italian and Irish families, and years later, he would talk of an atmosphere of danger and violence that forever tinged his music. His father gave him his first bandoneon when he was eight years old but, at the time, Piazzolla was uninterested in Tango music, which was a nostalgic presence every evening at home. But to please his father, he started to learn to play the instrument…

La muerte del ángel was composed as incidental music for the three-act play El tango del ángel (1962) by Alberto Rodríguez Muñoz. Heard at the end of the play, this piece starts with a tango fugue in three parts followed by a section depicting the desperate fight between the devil and the angel. La muerte del ángel is one of seven pieces in the play, all paying tribute to a dying angel. Later Piazzolla used this composition in at least two ʻAngelʼ Suites.

Histoire du Tango tells the history of the Tango in four movements, which trace the evolution of the Tango in thirty-year intervals. This version is an arrangement for violin and piano by Dmitriy Varelas of Piazzolla ́s only original work for flute and guitar, the instruments associated with the first flowering of the Tango in Buenos Aires at the turn of the century. Histoire du Tango was composed in 1985 and dedicated to the Belgian flute player, Marc Grauwels, who gave the première of the piece. These are the four movements and descriptions of their particular styles:…

Miami Herald: An Argentine classic: Astor Piazzolla and the evolution of tango

Review of Piazzolla: Tango Nuevo CD This recording, and Cotik's long commentary on it, can be particularly recommended, not only for the considerable listening pleasure it offers, but also for the ...
Read More

Review of Piazzolla: Tango Nuevo CD ...edgy, sexy, and raw...Some of the music is sultry while other works are fast, rhythmic, and ornamented to show the exquisite virtuosity of Cotik and Lin. Man ...
Read More

Review of Piazzolla: Tango Nuevo CD an exceptional point of view on Piazzolla's broad range of work...as rigorous and detailed as Piazzolla's work is likely to get, but also with free expression. ...
Read More

Review of Piazzolla: Tango Nuevo CD wonderful...entirely idiomatic....The playing here is in so many ways exemplary....Cotik and Lin show their abundant knowledge of the music of that time in thei ...
Read More

Review of Piazzolla, Tango Nuevo CD Tomas Cotik's arrangements for violin and piano on the present disc offer a much clearer glimpse of what Piazzolla might have achieved if he had concentrated on ...
Read More

Review of Piazzolla: Tango Nuevo CD I like Cotik's recording very much. The Tango Nuevo or 'New Tango' is that which includes the influence of jazz, klezmer, and other European and non-Latin quali ...
Read More

Review of Piazzolla: Tango Nuevo CD As an appointed expert on the music of the Argentinean composer, Astor Piazzolla, I have a steady trickle of new releases to review, this one among the very bes ...
Read More

Radio Interview about the release of the CD 'Tango Nuevo' on February 21st, 2014 on Actualidad Radio 1040 AM.  A recording of this interview will be posted soon. ...
Read More

The TV Interview for Show Business extra will be airing soon. A YouTube link will be posted here. ...
Read More 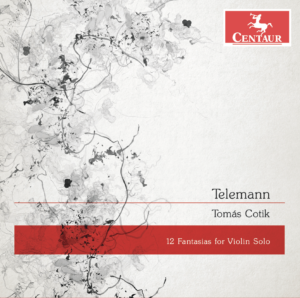 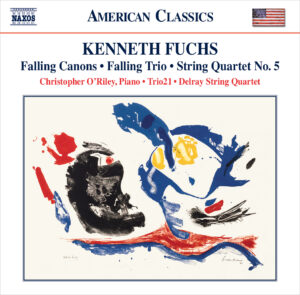 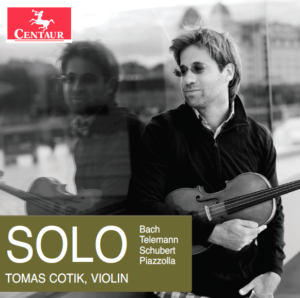 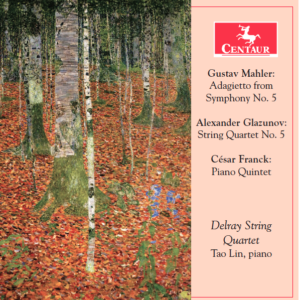 “
My first chamber choice for the year.
MUSICWEB INTERNATIONAL Recordings Of The Year 2013
“
one comes away from the recording dazzled by Cotik´s musicianship and technique; one is also struck by the agility of his execution, his expert command of tempo and intonation, and his ability to consistently maintain the highest level of performance
TEXTURA
“
I’ve had a listen to a few alternatives…including Isaac Stern with Daniel Baremboim and Lydia Mordkovitch, but this duo pretty much ticks all the boxes
MusicWeb International
“
If you love the solo violin, you won´t find a better recording to suit your tastes
OBSERVER TODAY
“
Everyone who plays these works should hear these exemplary performances…you will never hear these Telemann Fantasias played so well
American Record Guide
“
Warmly and sensitively played with beauty of tone, Cotik… captures the essence of Mozart in finely spun tone and sensitive contrasts in dynamics, rhythmic integrity, and clear phrasing. Their deeply felt rendition of this purest of music, from the carefree early sonatas to the more dramatic later opuses, is a model of transparency and genuine emotion.
STRINGS MAGAZINE
“
Cotik’s performances throughout are clean, bright and precise… you would be hard-pressed to find a more honest guide than Tomás Cotik.
Palm Beach Arts Paper
“
These versions are unabashedly driven, backed by a slick technical ability, yielding a bold, fleet, forthright ride through the challenging yet rewarding contours of these mixed modes, occasionally dance-infused, and forward-looking Fantasias.
Early Music Review
“
Overall, these two discs featuring Cotik must be regarded as among the finest performances for their consistent artistry and idiomatic grasp
Classical Net
“
His amazing technical skill and artistic know-how…create an indelible interpretation of Bach’s music…Cotik’s combines impeccable technique and an intuitive artistry to fashion a mesmerizing interpretation of these pieces.
AUDIOPHILE AUDITION