HAILED BY MICHAEL TILSON THOMAS AS “AN EXCELLENT VIOLINIST,” TOMÁS COTIK IS INTERNATIONALLY RECOGNIZED AS A SOLOIST, CHAMBER MUSICIAN, AND PROFESSOR. A MUCH SOUGHT-AFTER RECORDING ARTIST, DR. COTIK HAS RELEASED SEVENTEEN CD RECORDINGS FOR NAXOS AND CENTAUR RECORDS, WHICH HAVE RECEIVED THREE MILLION SPOTIFY STREAMS AND OVER TWO HUNDRED ENTHUSIASTIC REVIEWS FROM THE INTERNATIONAL PRESS. COMMITTED TO PASSING ON HIS PASSION FOR MUSIC, DR. COTIK IS THE VIOLIN PROFESSOR AT PORTLAND STATE UNIVERSITY. 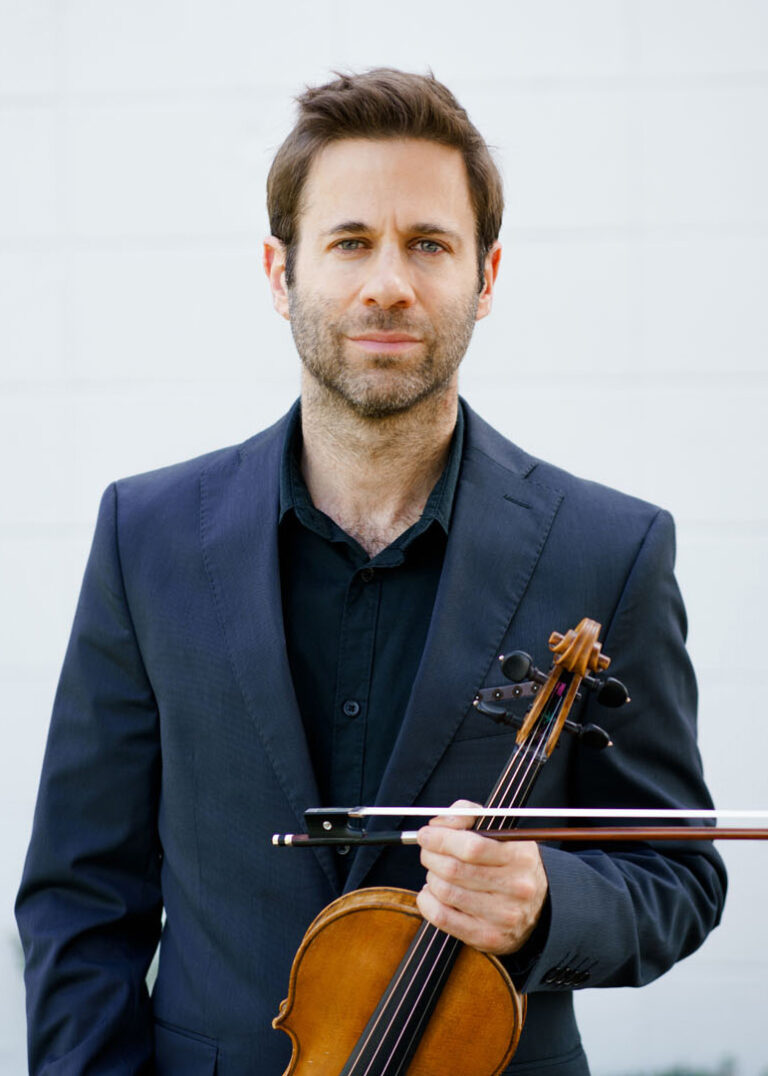 Tomás Cotik’s discography includes complete opuses by Bach, Telemann, Mozart, Schubert, and his own arrangements of music by his countryman, Astor Piazzolla. These releases have garnered him the highest acclaim from the best-known publications. Gramophone Magazine writes, ” joyful virtuosity and stylish musicianship that Tomás Cotik brought to superb cycle of Schubert’s violin-and-piano works…happily permeate …most rewarding Mozart cycle…. There are so many delightful details to savour that one hardly knows where to begin.” Fanfare Magazine praises him, writing: “Cotik never indulges in violinistic brilliance at the expense of music, but he sounds consistently brilliant nevertheless.” Dr. Cotik’s thoughtful research on historical performance and in-depth interpretations repeatedly earned him favorable comparisons to some of the world’s most famous musicians. MusicWeb International nominated his Schubert release as a “Recording of The Year,” and his recent recording of Mozart’s complete sonatas has three million Spotify streams. Cotik’s latest Piazzolla CD on Naxos was nominated for the International Classical Music Awards. Different critics also describe it as “among the very best” Piazzolla albums, as well as “exceptional… Piazzolla can be played differently than this, but probably not better” (Downbeat Magazine). Tomás Cotik’s music and interviews have been often broadcast worldwide and in the US on American Public Media.

As a soloist, recitalist, and former member of the acclaimed Amernet, Delray, and Harrington string quartets, Cotik has performed hundreds of recitals and chamber music concerts worldwide. In recent seasons, he appeared at New York’s Merkin Hall, at the Music Mountain Festival in Connecticut, at the Kennedy Center in Washington, as well as in concerts in Detroit, Las Vegas, Omaha, Naples, Tampa, Miami, and tours in California, Mexico, Taiwan, and Israel. These concerts received enthusiastic reviews in the Strad and the Washington Post, among many other publications. He has worked closely with artists such as Joseph Kalichstein, Franklin Cohen, and the Cleveland, Miami, Pro Arte, Vogler, Vermeer, Tokyo, and Endellion string quartets. Additionally, Tomás enjoys creating collaborations with artists from multiple disciplines, a recent example being the project “Ombra Musici”, which included a five stories high projection for the Portland Winter Light Festival and won a National Endowment for the Arts Grant for a 2023 installation.

Committed to passing on his passion for music, Dr. Tomás Cotik was promoted to Associate Professor of Violin at Portland State University in 2021. He recently received the inaugural Dean’s Council Award for Research, Scholarship & Creativity for his significant contributions at the international level. He previously taught at West Texas A&M University, Florida International University, and at the University of Miami’s Frost School of Music. He regularly holds masterclasses at universities and conferences worldwide and has participated in more than 20 international music festivals, most recently at the Round Top Music Festival and the Miami Classical Music Festival. His fifty articles on his teaching philosophy, string pedagogy, and interpretation have been published by The Strad, the American String Teacher Association Journal, American Music Teacher Magazine, and the National Association for Music Education Magazine.